Sequoia Capital’s growth fund has led a series C round worth of hundreds of millions of USD in Chinese cross-border e-commerce firm Jollychic, valuing the firm at US$1 billion.

Existing investor Legend Capital also participated in the round, according to Legend Capital’s announcement on its official WeChat account.

Founded in 2012, Hangzhou-based Jollychic sells consumer products including clothes, shoes, bags, lingerie and home products, mainly to customers in the Middle East. It has offices in China, the U.S., Jordan, Saudi Arabia and UAE. 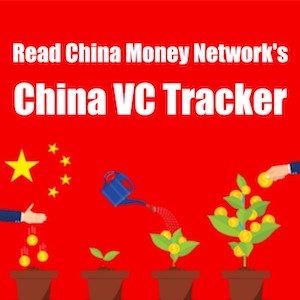 It currently has more than 2,500 employees globally and sell products to 34 countries, many of which are involved with the One Belt One Road initiative. It has registered users of more than 35 million. The company said its gross merchandise volume, or gross revenue, has tripled in size for five consecutive years.

“Investments in the emerging market is one of Legend Capital’s focused areas. Mediterranean countries with 400 million population speaking the same language, have become a prominent consumer market in the Internet era,” said Chen Hao, managing director at Legend Capital. “Jollychic has years of cross-border e-commerce experience and it seized the dual opportunities of mobile boom in the emerging market and China’s foreign trade going online. In a few years after the firm was founded, it has become an e-commerce leader in the Middle East.

In 2016, the firm raised a RMB200 million (US$31.5 million) series B round from Legend Capital, textile manufacturer and processor Zhejiang Furun Co., Ltd, and Stage Group, a Chinese firm focusing on leather, woven garments, knitwear import and export, domestic ODM and wholesale business.