YouTube is going to remove in-app messaging, kids are not happy while Google giving importance to public conversations

On Tuesday, YouTube announced that it’s sunsetting its direct messaging feature from application and the website in the coming month.

Google revealed the information firstly in the post on YouTube Help that the feature of direct messaging was introduced two years ago to assist users to share videos via message but now the team ins focusing on public conversations by updating posts, comments and stories.

Google’s video sharing site launched the feature of direct messaging in its Android and iOS applications in August 2017. Later, this in-app messaging was introduced on the web as well. The objective of the messaging feature was to let users to share videos and chat in messages.

To please the users, Google gave them option to share the videos and their links through other messaging applications and social media.

The in-app messaging feature will be removed on 18th of September 2019 officially. 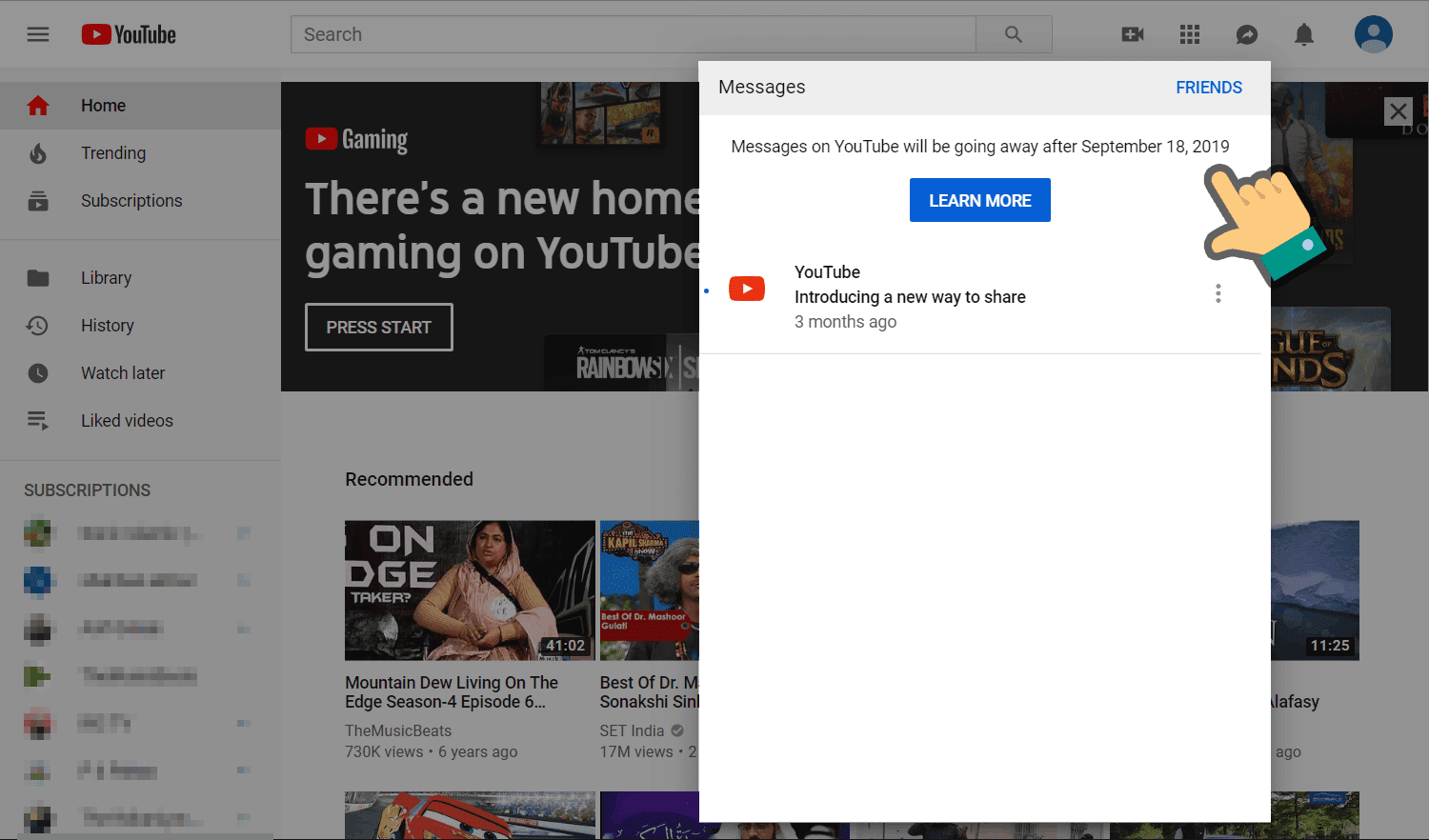