WhatsApp is one of the largest messaging app with millions of users from all over the world. People nowadays prefer talking to each other over encrypted chats on WhatsApp instead of through local networks and text messages. WhatsApp always attempts to provide new features in order to engage a variety of new users into doing tasks they used to do on other platforms. From sending media files on the platform to group calling with friends or family, WhatsApp updated a lot to engage a variety of users.

Recently, WhatsApp took to Twitter to reveal its new file transfer limit of 100MB but the feedback wasn’t what WhatsApp expected. Telegram took the opportunity and slammed WhatsApp’s puny 100MB file transfer limit. WhatsApp stated that instead of not being able to email large files to friends or colleague now the users can send 100MB files on the WhatsApp instead of email. But the rival messaging app Telegram took no time to mock WhatsApp for its new update.

Need to send an email but the attachment is too large? Try using WhatsApp instead, where you can send files of up to 100 MB. #WhatsAppTricks 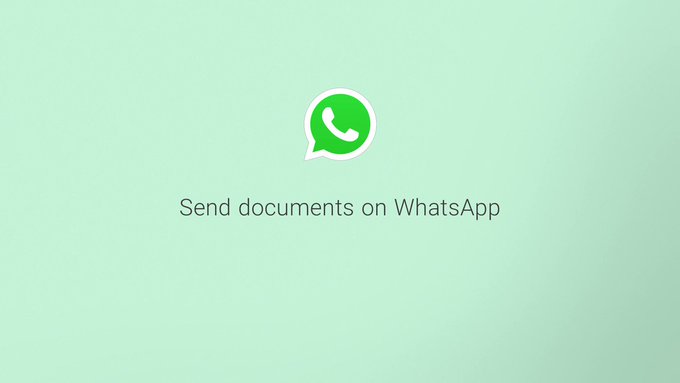 If you take a look at this update by WhatsApp a few years back, this 100MB limit would have been a revolutionary feature introduced by WhatsApp in the days when email services had a limitation on the size of files. WhatsApp used to have 16MB file transfer limit and this new suggestion by WhatsApp of 100MB file transfer limit is quite large but not according to the tech era we are living in. With new technology introduced every passing second, the quality of images and video resolution modifying to 4K videos is constantly growing the size of files so the 100 MB limit revealed by WhatsApp might not help like the platform thought it would.

WhatsApp ended up revealing its new data limit on Twitter which lead to a funny mock by its biggest rival Telegram.

WhatsApp tweeted to its users that if they are stressed about the limitation on email attachments, the new file transfer limit by WhatsApp can ease that and to that Tweet Telegram mocked WhatsApp by displaying its own capacity of sending large attached with limit up to 1.5 GB

Telegram just revealed its transfer limit of 1.5GB as compared to 100MB limit of WhatsApp. Although sending or receiving a file of 1.5GB via mobile data can cost a bit money but that type of large file transfer might come in handy when using a Wi-Fi.

According to the mock by Telegram, we think that the new update in WhatsApp’s transfer limit was its own goal and not something up against its competitors. Although WhatsApp tried to boost its new transfer limit but the mocking tweet by Telegram gained a lot more likes and retweets as compared to the tweet by WhatsApp. This mockery by Telegram might result in WhatsApp changing its own file transfer limit and we are looking forward to that.