If you’ve been longing for the heady days of Block Breaker Deluxe and Gangstars 2 from the Gameloft of yore, it seems everyone’s sometimes-favorite mobile game developer finally heard you. Time and time again, people have asked when Gameloft would go back to its roots: creating quality clones that aren’t filled with in-app purchases, and it finally looks like a few of you’ve had your wish granted. In celebration of twenty years in the industry (and some questionable lifting of ideas), Gameloft has released a game collection app called Gameloft Classics: 20 Years. It brings with it a total of 30 classic games, but be warned, these titles are from the flip phone era, and so the titles currently available only cover Gameloft’s earliest releases.

Above I’ve pasted the full list of available titles in the newly launched Gameloft Classics app, and as you can see, these are some of Gameloft’s earliest games designed for flip phones. This means each title will only take up so much space on your smartphone’s screen, and you will have to use a digital d-pad and digital buttons to play each title, which are displayed below the game’s window when you choose to play in portrait. You can also play these games while holding your phone in landscape. While I can’t say it’s easy to play mobile games that only take up a small section of the screen, I suppose it would be uncouth to complain about what’s ultimately a free release. 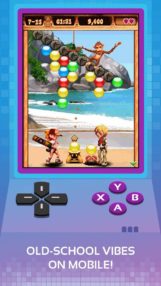 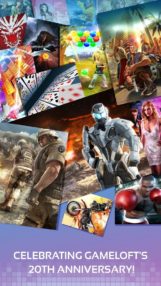 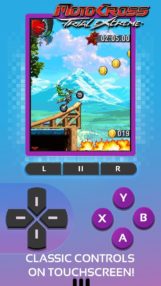 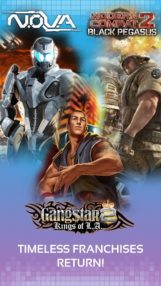 As you can see, very little of the screen is used to display these games

Now, Gameloft Classics is a free release, but it does contain a few in-app purchases, which range up to $3.99 per item. The Play Store description states that these IAPs will allow you to purchase virtual items within the app, but so far, I’ve yet to run across a single in-app purchase in the app or in a game.

So there you have it. Gameloft is giving back to the gaming community by providing 30 of its classic titles in a single app, and since so many of us are currently self-quarantining at home, I suppose now’s the perfect time to check out Gameloft Classics: 20 Years. So if this sounds good to you, then you can grab the install from the Play Store widget below.